The Wolfpack had a chance for a game-tying 3-pointer but the Seminoles chose to foul and send sophomore guard Braxton Beverly to the line with 8.9 seconds left. Beverly missed the front end of a one-and-one and Kabengele got the rebound and was fouled and hit two free throws with 6.3 seconds remaining to seal it.

The Seminoles, who had nine blocks, shot 48.1 percent from the field and made 3 of 13 from 3-point range.

The Wolfpack trailed by nine early in the second half but later pulled within 51-50 on two free throws by freshman forward Jericole Hellems with 10:24 left.

But Forrest scored five points and senior guard David Nichols added four during a 9-3 push as the Seminoles took a 60-53 lead with 9:03 remaining.

N.C State answered with a 10-3 run with Johnson and Beverly draining back-to-back 3-pointers to knot the score at 63 with 6:53 left.

Florida State made a minor dash to open up a five-point lead before Johnson buried a 3-pointer to bring the Wolfpack within 72-70 with 3:02 left.

Walker and Kabengele each hit two free throws to give the Seminoles a six-point edge before Johnson knocked down a 3-pointer with 56 seconds left.

Walker scored 11 first-half points as the Seminoles held a 35-30 advantage at the break.

Walker scored seven straight points to give Florida State a 21-13 lead with 8:08 remaining. NC State answered with a 10-2 burst to tie it on two free throws by Funderburk with 4:12 left before the Seminoles controlled the rest of the half.

That process was halted over the past two weeks due to a COVID-19 positive test and contact tracing within the program, discoveries that led to three postponed games. 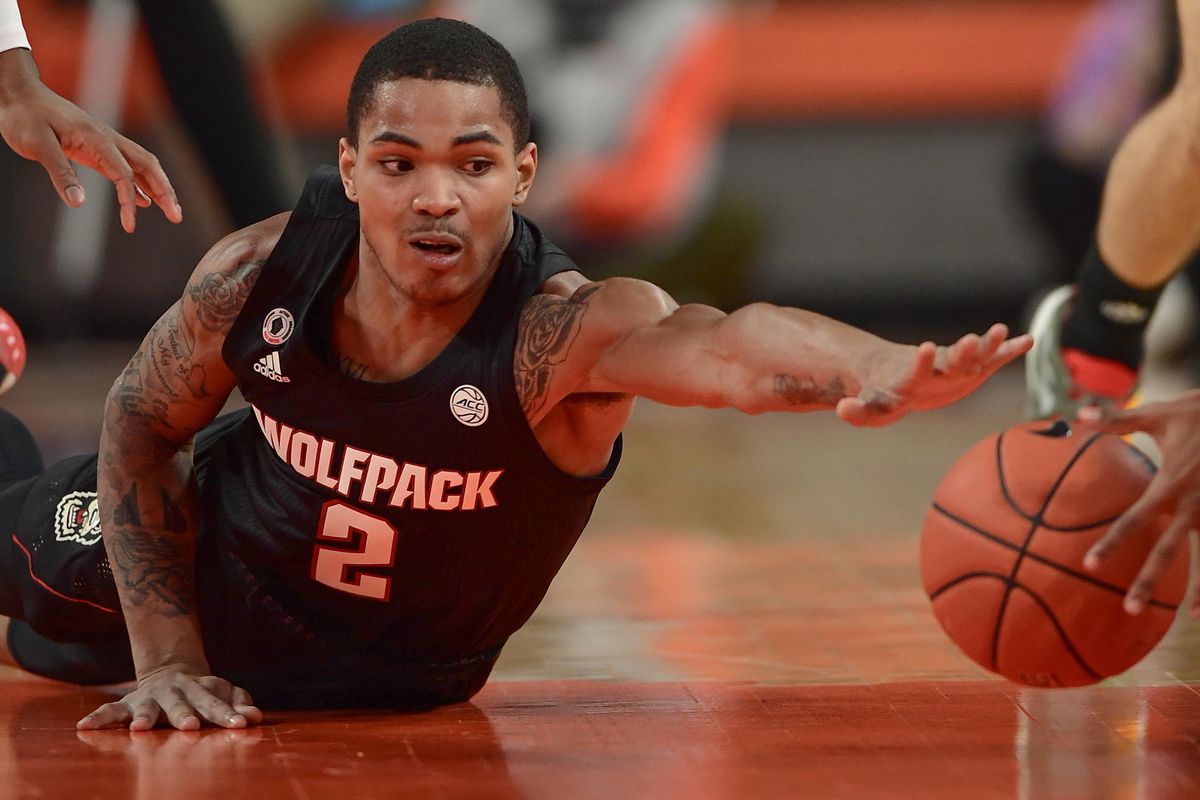 "We missed those practices," Hamilton said. "We are kind of still a team, like most teams right now. We are still growing and developing."

One of Florida State's strengths is field-goal defense -- a category in which it ranks 45th nationally. The Seminoles have held opponents to under 70 points in four of their five wins but have allowed an average of 81.5 points in their two defeats.

"It's early for us right now," Hamilton said. "We just need a few more games under our belt before we can start realizing who we are."

Take a Look at Our Live NCAAB Basketball Odds!

But during their past two defeats, the Wolfpack went minus-5 in turnover margin against Clemson and minus-3 against Miami.

"We have got to get in practice and really work on ball security," NC State coach Kevin Keatts said. "That was something that we concentrated on the last couple of days. That is what we talked about going into the game. It's so many guys doing it, that we all have to do a better job in that area."

Want To Bet NCAAB? Check Out The Sportsbooks Review!

Keatts said his team also has yet to hit its stride due to injuries to key players such as Braxton Beverly (ankle). But Devon Daniels (15.9 points, 5.1 rebounds, 3.3 assists, 2 steals per game), DJ Funderburk (13 points, 5 rebounds) and Jericole Hellems (11.2 points, 5.3 rebounds, 2 assists) have led NC State's average output of 77.3 points a game.

"I like where we can go once we get everybody healthy and everybody back playing good basketball," Keatts said.