Nikolaj Ehlers notched a goal and an assist to lead the visiting Winnipeg Jets to a 3-2 win over the Montreal Canadiens on Monday night.

Josh Morrissey and Andrew Copp also scored, and Blake Wheeler assisted twice for the Jets, who broke a two-game losing streak and won for the just the third time in 10 games (3-5-2).

Connor Hellebuyck stopped 29 shots as Winnipeg improved to 15-0-0 when leading after two periods. Adam Lowry played in his 400th game.

Former 2001 No. 1 draft pick Ilya Kovalchuk, signed by Montreal last week, made a successful debut for the Canadiens with an assist, four shots on goal, a plus-2 rating and 19:25 of ice time.

The home crowd perked up when the 36-year-old Kovalchuk, wearing his familiar No. 17 given to him by new teammate Brett Kulak, hopped on the ice for his first shift in the first minute. He skated down and flipped a 41-foot wrister that was easily gloved by Hellebuyck, eliciting applause from the Bell Centre faithful.

Morrissey put the Jets up 1-0 early in the second when his long shot beat Price at 1:32 for his fourth tally. The high-scoring duo of Ehlers and Wheeler soon made it a two-goal advantage with the Jets killing their first penalty.

With teammate Mathieu Perreault off for hooking and the NHL's worst penalty-kill unit on the ice, the pair broke out on a two-on-none break on Price, and Wheeler dumped a pass back to Ehlers for Winnipeg's third short-handed marker and Ehlers' 17th this year.

But Chiarot, a Winnipeg defenseman for six seasons, made it 2-1 at 11:03 by wiring a laser from the top of the left circle that beat Hellebuyck on the short side.

A misplay by Cale Fleury at the blue line led to Copp's unassisted breakaway goal at 10:16 for a 3-1 lead, but Chiarot's second tally soon made it 3-2.

Montreal went on a power play with 3:17 remaining, and Price went to the bench for the extra skater with 2:15 left.

But Winnipeg allowed just a couple of shots on goal and hung on for the victory.

Winnipeg Jets captain Blake Wheeler and Montreal Canadiens goaltender Carey Price might be the most well-known names on their teams' current rosters.

But neither will be available when the Jets and the Canadiens wrap up a two-game series Saturday in Montreal.

Wheeler remains sidelined with a concussion and was left at home when the Jets' hit the road for a five-game Eastern Canada trip. Price won't be available for the Canadiens until next week with a lower-body injury.

Wheeler took an elbow from Ottawa's Brady Tkachuk on Monday and coach Paul Maurice said Wheeler started feeling worse over the next couple of days.

Wheeler had played in every game for the past three calendar years -- 194 consecutive games dating back to April 3, 2018 -- and had missed only six in the 10 seasons since the franchise relocated from Atlanta.

"It's always tough playing without your top players, and obviously Wheels is a huge part of this team and we miss him," Jets forward Trevor Lewis said after Thursday's 4-2 victory against the Canadiens. "But I thought we came out (strong) early and played well." 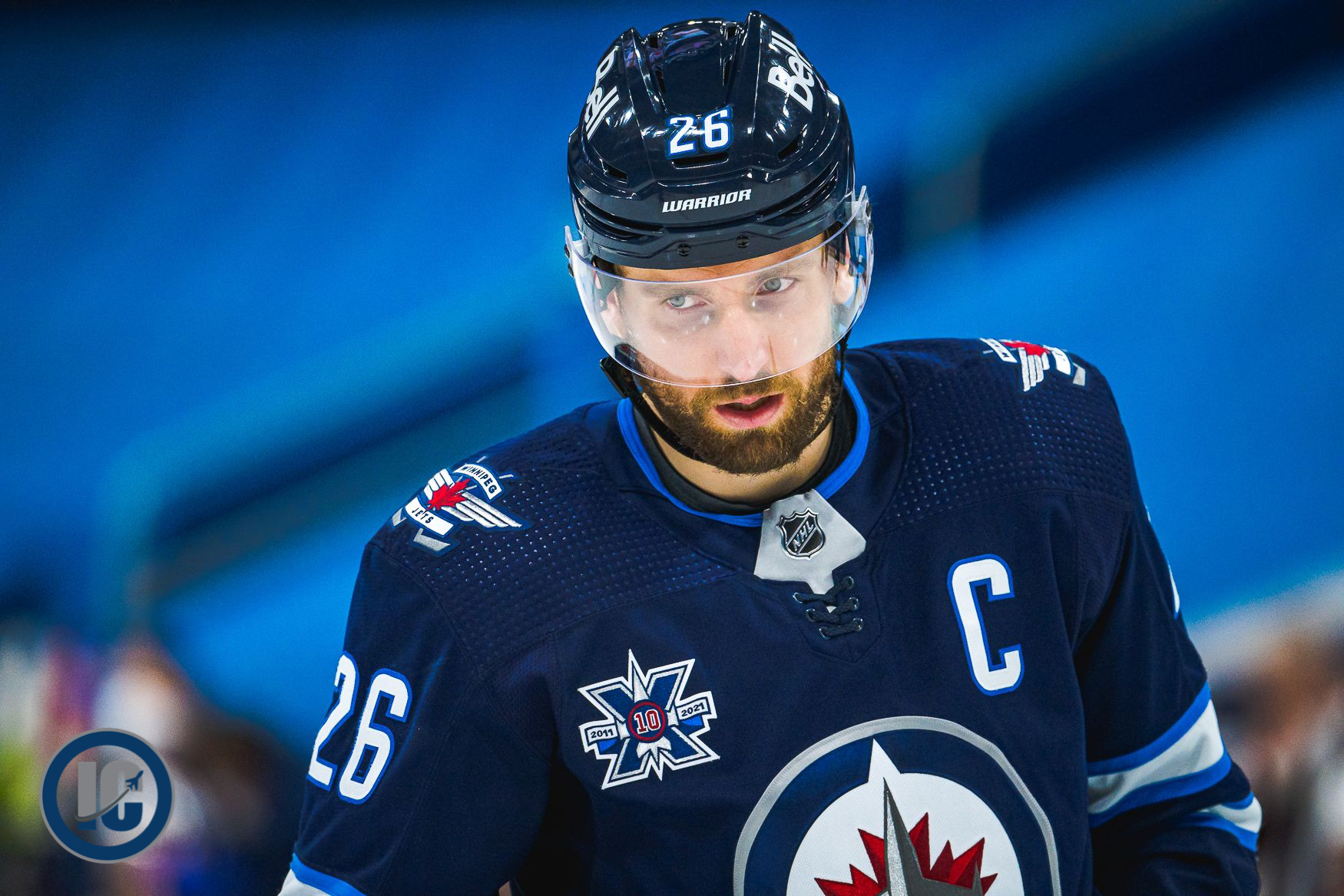 "I feel like we've got guys who have been in the battles before," Copp said. "Especially up front, you know, it's a pretty veteran group and guys know what they need to do. There's obviously little conversations with your linemates and as a whole, but nothing more than the standard game really."

The Jets took a 3-1 lead in the first period and held on to move eight points ahead of the Canadiens for third place in the North Division.

"If we removed the three gifts that we gave up in the first period, we didn't play a bad game," Canadiens interim coach Dominique Ducharme said. "It's tough to have success in this league, especially when you give up three gifts to start."

Montreal's Jake Allen made 23 saves in his second straight start for the ailing Price. The Canadiens gave up a goal in the game's opening minute for the second straight game, as Morrissey scored just 18 seconds in.

"You've got to give your team a chance," Allen said. "I have very high expectations of myself all the time. No matter what, I always think there would be a way to stop the puck. I was definitely happy with the way I completed the rest of the game, but I was disappointed in my first period, no question."

Ducharme said Price's injury has been lingering, and he experienced discomfort during the 3-2 overtime victory Monday against Edmonton and didn't travel for Wednesday's game at Toronto.

"It just got a little bit worse (Monday)," he said. "We don't want to get in a situation where it gets too bad and now he's missing a long time or so on. We want to be careful with that. That's the reason why he's going to get a few games off and we're confident that somewhere next week he's going to be back.

"From there? We'll see. Obviously, it's going to be a balance between playing enough, getting enough rest, practice time, with the schedule we have. We'll see how he is, how the injury is being managed."

To access the betting report for Winnipeg Jets vs. Montreal Canadiens, please